Thanx to our fantastic fans, Wolfpakk entered the Swiss Charts on #74! 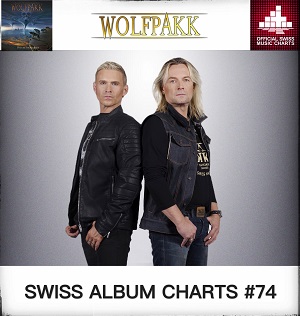 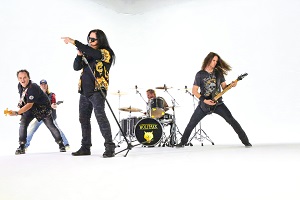 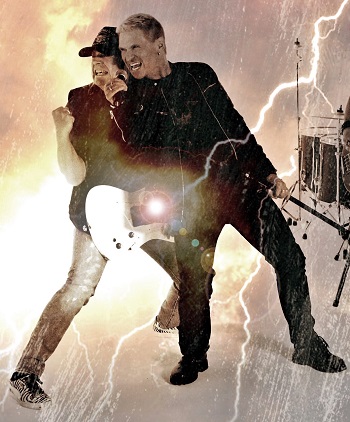 Next single "Lone Ranger" from the upcoming album january 24th 2020 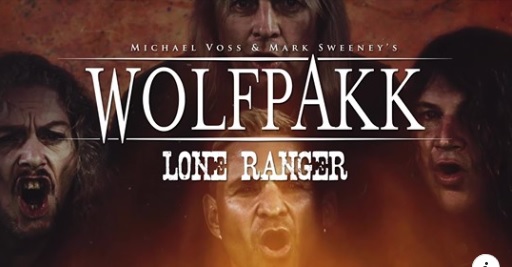 The 5th album is called "Nature Strikes Back" and release date is set on January 24th, 2020.

More news, album cover, videos and so on, very soon on this channel. 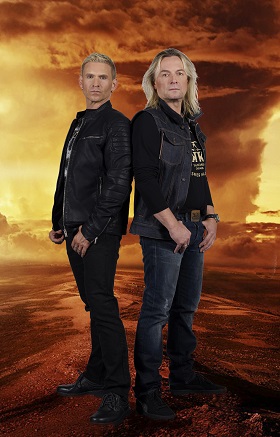 In the studios again! Wolfpakk V in process! 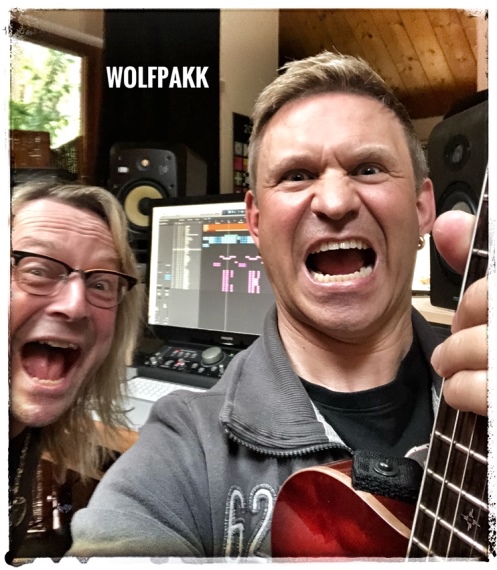 Have a look at our brandnew video called "Falling" 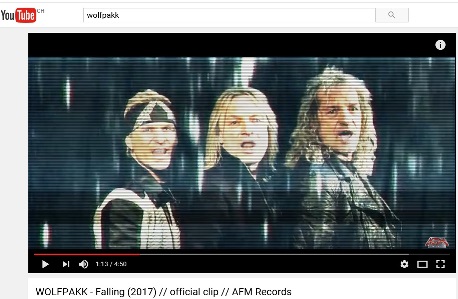 Under "Biography" you can see all Guest Wolves! 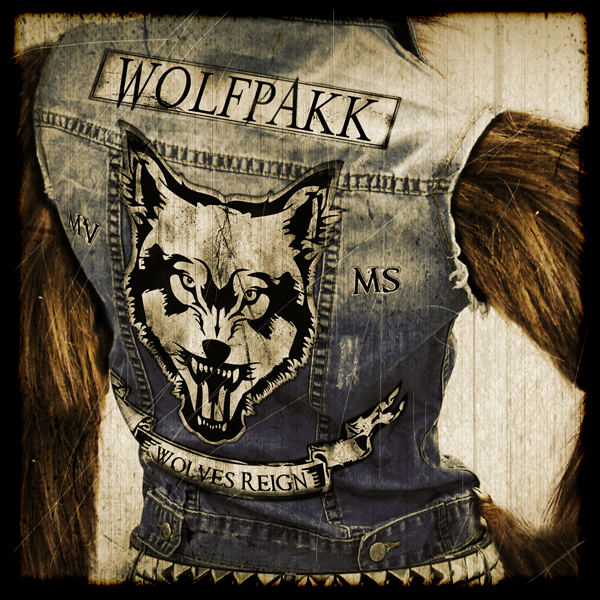 Release of  the new Wolfpakk album "Wolves Reign" will be March, 24th 2017 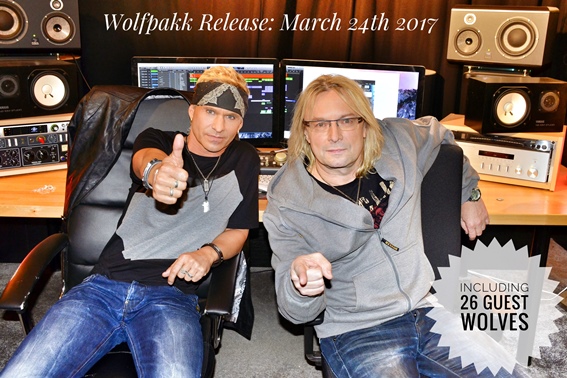 Amazing Simone Christinat contributes on some songs for the new Wolfpakk Album which we have news very soon 4 U. 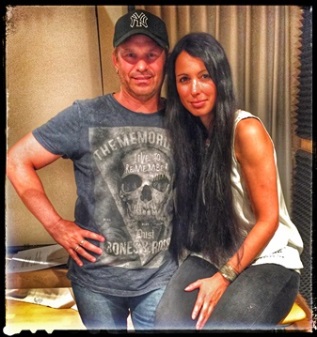 Michael Voss and Mark Sweeney are working on the new album. All demos are done, now it's up to the Wolfpakk's main Drummer Gereon Homann to bounce it in.

There is another big drummer surprise in store! Stay tuned. 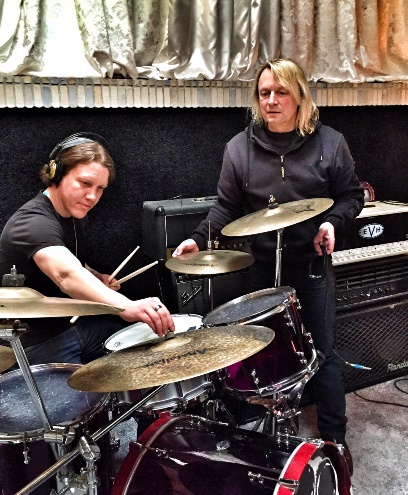 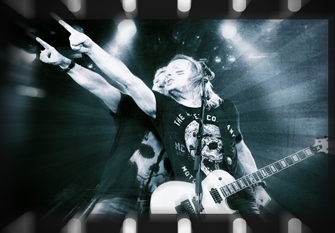 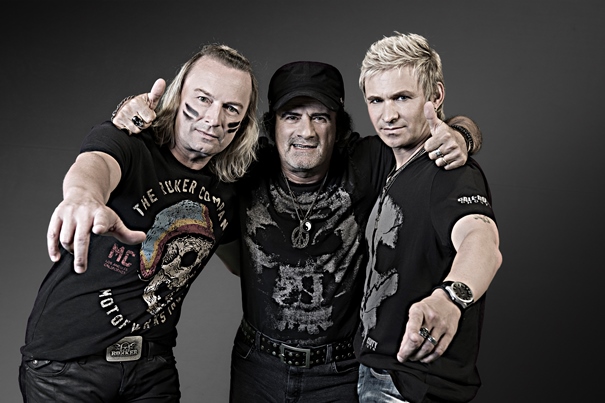 Release of the new Wolfpakk output "RISE OF THE ANIMAL" gonna be February 27th 2015! Soon you can see a brand new videoclip on this channel! 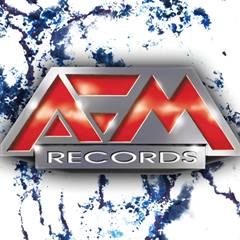 Number 1 for Wolfpakk! Have a look at the next "Rock it" issue which will be released this week!

To seasoned music lovers, it was obvious and little or no surprise, that the WOLFPAKK debut album of 2011 would not be the last we would hear of the all-star project led by Mark Sweeney (ex-Crystal Ball) and Michael Voss (Mad Max, ex-Casanova).

Now, two years later, WOLFPAKK returns with brand new album “Cry Wolf”, and once again many high-class musicians contribute with their very own styles and strengths, forging an album that even outshines that well-received debut. As on “Wolfpakk” (2011), Voss and Sweeney wrote all the songs together (bar 1 cover version) and were responsible once again for production, mix and vocals.

The process of creating “Cry Wolf” held many personal highlights for the WOLFPAKK leaders, one definitely being the participation of iconic keyboard player Tony Carey, keyboard player for none other than Rainbow. “It was just unbelievable to have the great Tony Carey on our album”, Sweeney reflects. “The man is a legend and was part of the line-up which recorded Rainbow’s “Rising”, one of the most important albums in rock history. Now, doing a cover version of a track from this very album with Tony playing keyboards, is something very special. And the fact that he likes our cover version of “Run With The Wolf” a lot, makes us extremely proud”.

But Carey is just one of the many fantastic musicians to join the “Pakk” this time. In fact the impressive cast list reads like a veritable “who’s who” of the hard rock/metal scene:

Style-wise the material of “Cry Wolf” follows pretty much the same path as the successful debut. Meaning: any fan of high-quality hard rock can look forward to an album full of catchy, powerful songs, with enough variety to remain exciting forever and a day. From up-tempo smashers such as “The Beast In Me” to beautiful ballads (“Cold Winter”), stomping mid-paced songs (“Pressure Down”) and its 10-minute, epic title track, “Cry Wolf” just delivers.

WOLFPAKK have recently filmed video clips for the songs “Dark Revelation” and “Cold Winter”, both (while very different) enthralling, And you can bet your bottom dollar, that Sweeney and Voss are already talking about and crafting ideas for future collaborations… 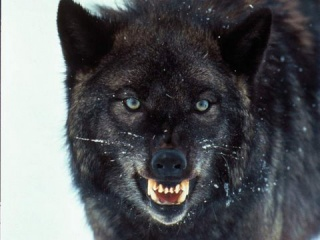 Thanx to Amanda Somerville and the amazing wolves! 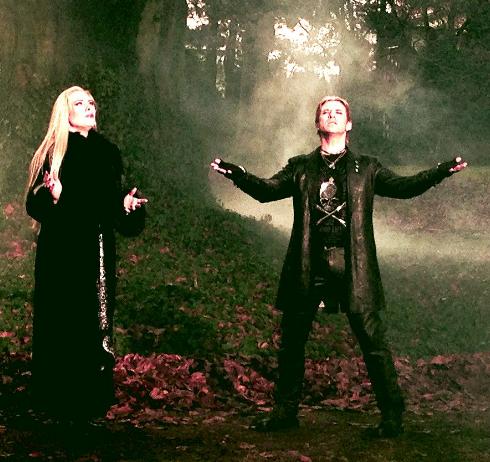 Video shooting is done! Now it's time for the cut.

Impression from the shoot with Vossi on the producers monitor: 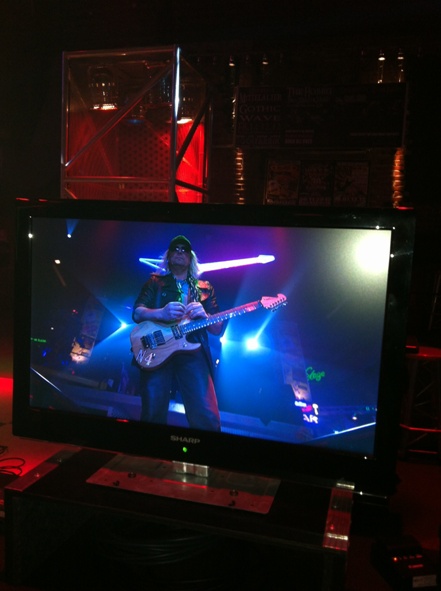 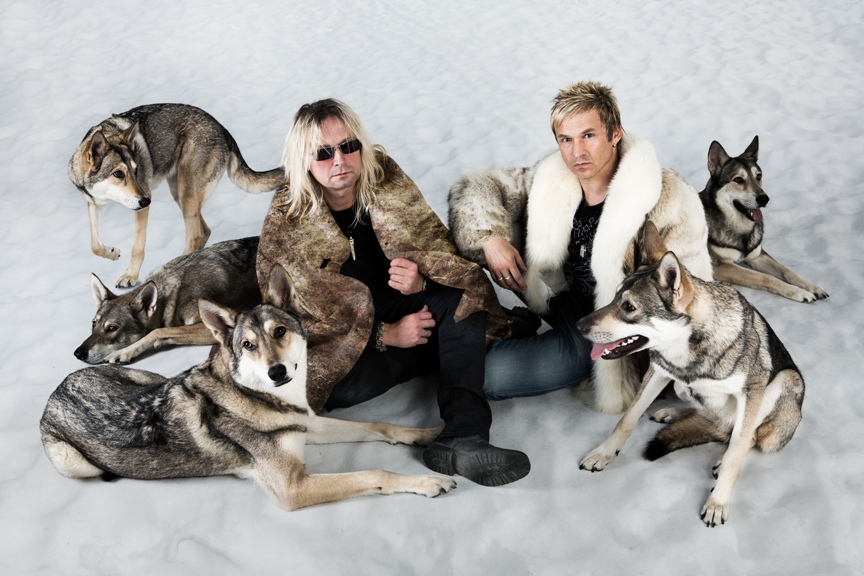 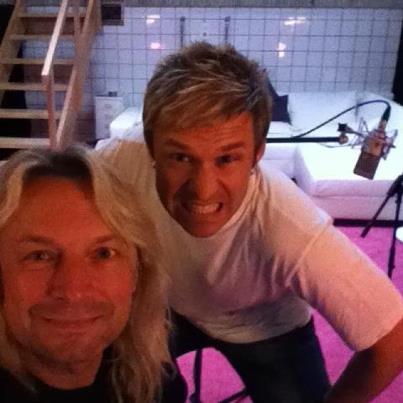 They'll do it again! Voss and Sweeney will enter the studios already this autumn. Come back soon and read who's gonna support Wolfpakk this time - we have a lot of very, very interesting guest musicians on the new record! 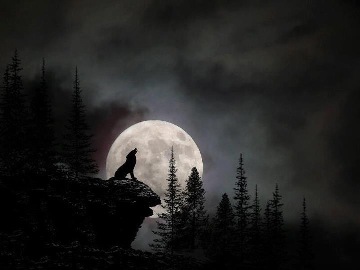 Brandnew videoclip from Wolfpakk on YOUTUBE.COM

At least a Wolfpakk song teaser, join the link: http://soundcloud.com/afm-records/wolfpakk-sirens 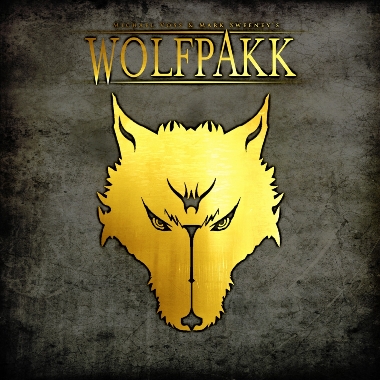 One week after the europe-release, Wolfpakk gonna release their debut album under the flag of Blind World Records in JAPAN! Stay tuned in Asia, September 7th will rock you! 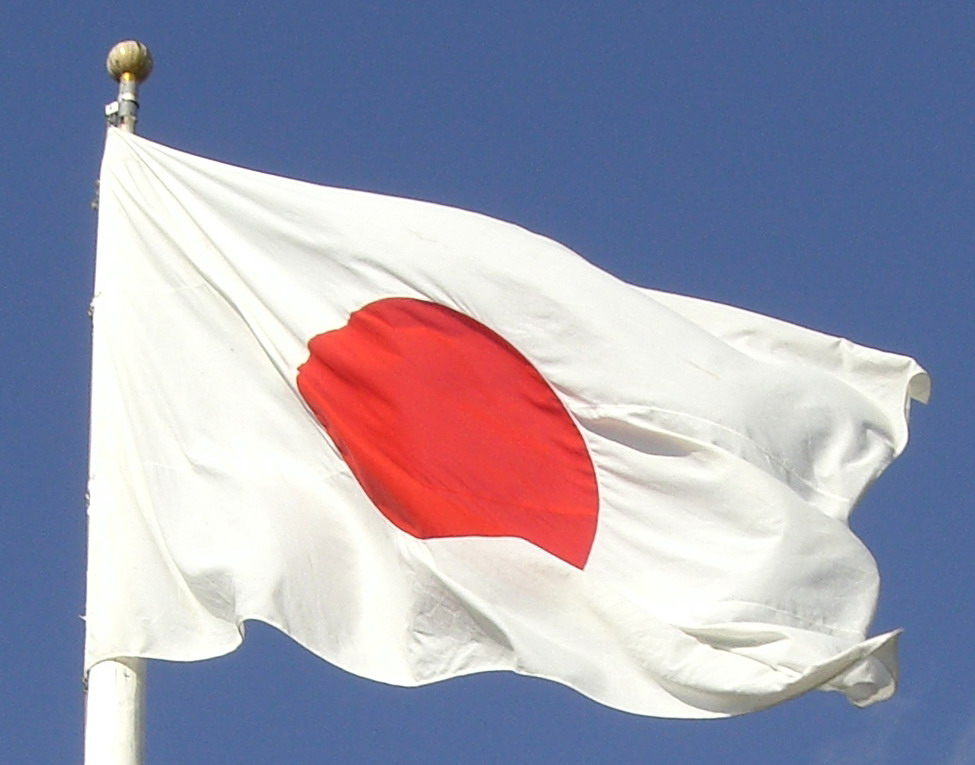 New pics from the first video production from Wolfpakk, shooted in Nürnberg, Germany (have a look under "pictures")

Soon you can see this brand new video ( "Reptile's Kiss" ) on this side, stay tuned! 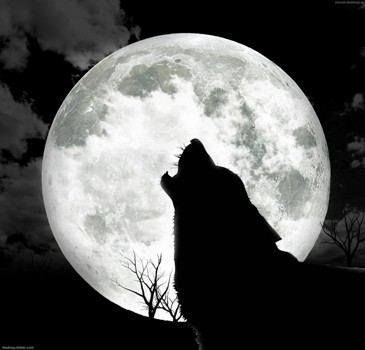 Wolfpakk got a deal with one of the biggest Label company in Europe for Hardrock and Metal: AFM Records Hamburg! Michael and Mark are very proud about this state!

Release of this debut album will be august/september 2011

Soon we have news when we can release the first Wolfpakk - Record! Merry X-MAS 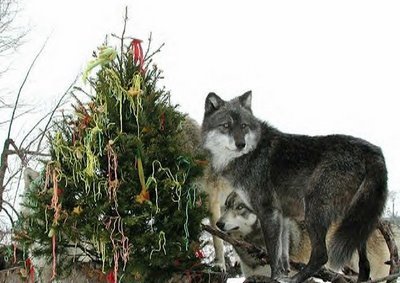 Brandnew concept of Mark Sweeney and Michael Voss is called "Wolfpakk"! Soon you can read more news about "Wolfpakk" but take a look here, who and how many musicians are involved in this outstanding Metal project! 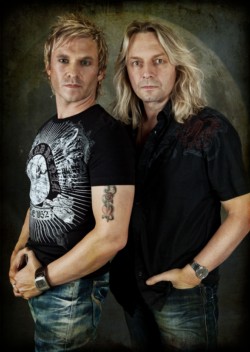